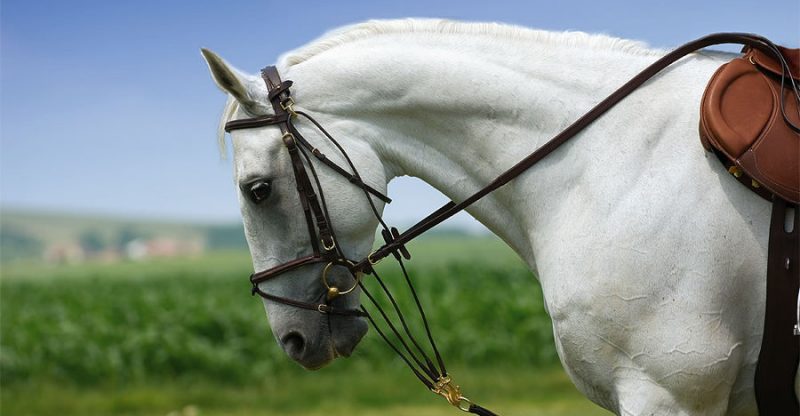 The De Gogue can be said to be a variation of the Chambon but, where the Chambon is only designed to be used on the lunge or in loose schooling work, the de Gogue can be used for ridden work as well. It has a similar action of encouraging the horse to lower his head and extend his neck.

However, the fact that the cord which passes down the horse’s face from the pollpiece does not attach to the bit ring but passes through it and back down to the centre of the chest where it clips on to metal loops, means that a certain degree of poll action is asked for, thus encouragin not only to seek a longer, lower profile but to bring the face into a balanced vertical profile.

If lungeing, the cords then pass back down to a D ring on the martingale piece at the horse’s chest. When the horse is being ridden, the cords, after passing through the rings of the snaffle, go to the rider’s hands alongside the riding reins.